Multi-partite entangled quantum states play an important role for many quantum information tasks. Especially for an increasing number of particles efficient measurement schemes to characterize these states are needed. In the following publication we profit from the fact, that the most prominent quantum states are permutationally invariant, like for example, the Greenberger-Horne-Zeilinger state and all Dicke states, which include also the W state. Restricting to permutationally invariant quantum states, the measurement effort reduces from exponential to quadratic scaling with the number of qubits. 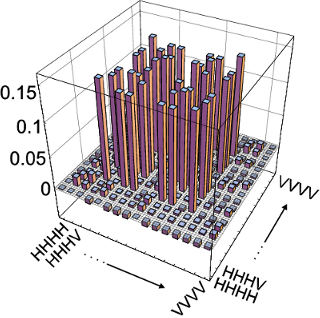